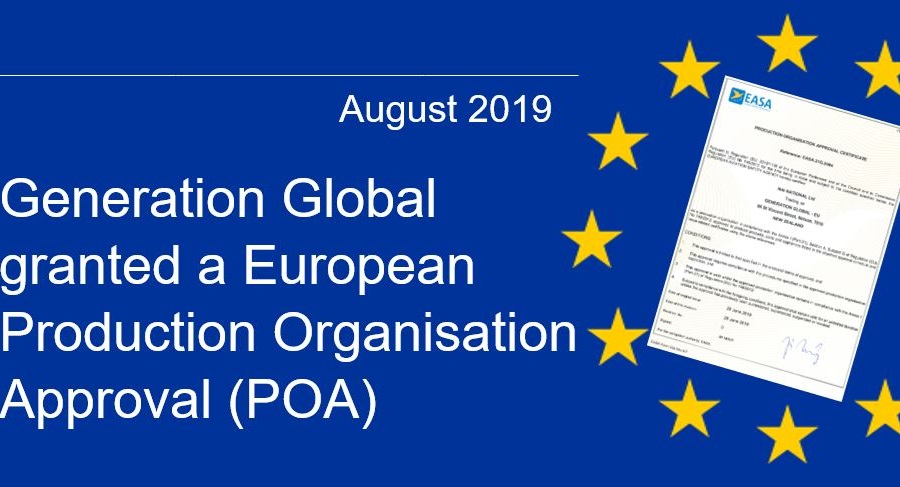 The main driver behind the application for the POA was to reduce lead times and certification costs for both Commercial Aircraft and Helicopter customers. “Speed to Market” has always been one of Generation Global’s key goals as a business, and the newly acquired certificate helps them deliver on that promise.

It’s a huge step forward for the aircraft interior company, which is the first interior company in New Zealand to ever receive a EASA POA. The certification is the result of a lengthy process which involved a comprehensive assessment of the organisation by experts from Germany. The process took a whole year to complete, but the certificate validates their practises and quality systems as some of the best in the world.

For our North American customers, the EASA (Production Organization Approval) is the European equivalent to a FAA PAH (Production Approval Holder). Put simply, both approvals give the ability for the organisation to issue Authorised Release Certificates with aircraft interior parts manufactured. Both EASA and FAA Authorised Release Certificates are automatically accepted in each other’s territory’s.

Back to blog
ACPC